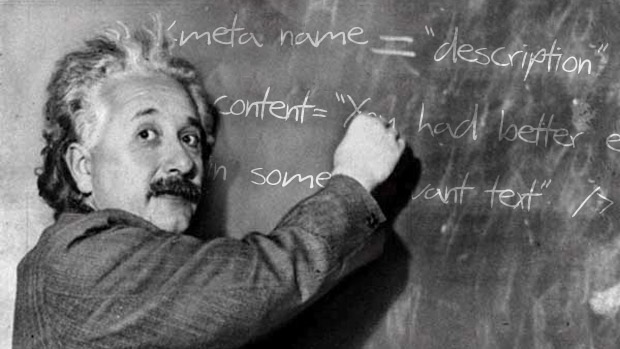 As an “SEO,” there is a sense of comfortability you come to know with the way Google’s search engine results page looks. Each and every time I type a query, I can expect to see the same general ascetic when I hit the enter key and the results flood the screen.

And, in the event that a change is made, it is something I am immediately privy too.

Aside from the obvious recent change to the Google logo, it was something else that caused me to keep a keener eye on the SERPs in the days following. Google had for whatever reason dropped the Google+ business page link off of their results page.

Though it wasn’t a major alteration, it was enough to catch my attention and thus put me on watch.

I soon began to wonder. Was this the only change happening? Were there more to come?

Sure enough less than a week later, I noticed yet another change to the SERPs and this time a change that carried potentially huge SEO ramifications.

Upon performing a search, I came upon the realization that some of the meta descriptions for many of the top results of my searches seemed unusually long.

Over the years I have gotten extremely comfortable with keeping the meta description under the magic 160. I could pick 160 characters out of a 20 chapter novel. But I digress, that is a discussion for another day.

The point is I knew that something was different.

After double checking my character count confidence I came to the conclusion that I was in fact correct. These meta descriptions were far greater than 160 characters. In fact many of them were pushing 240 or more!

This led me to the obvious next question…Why? 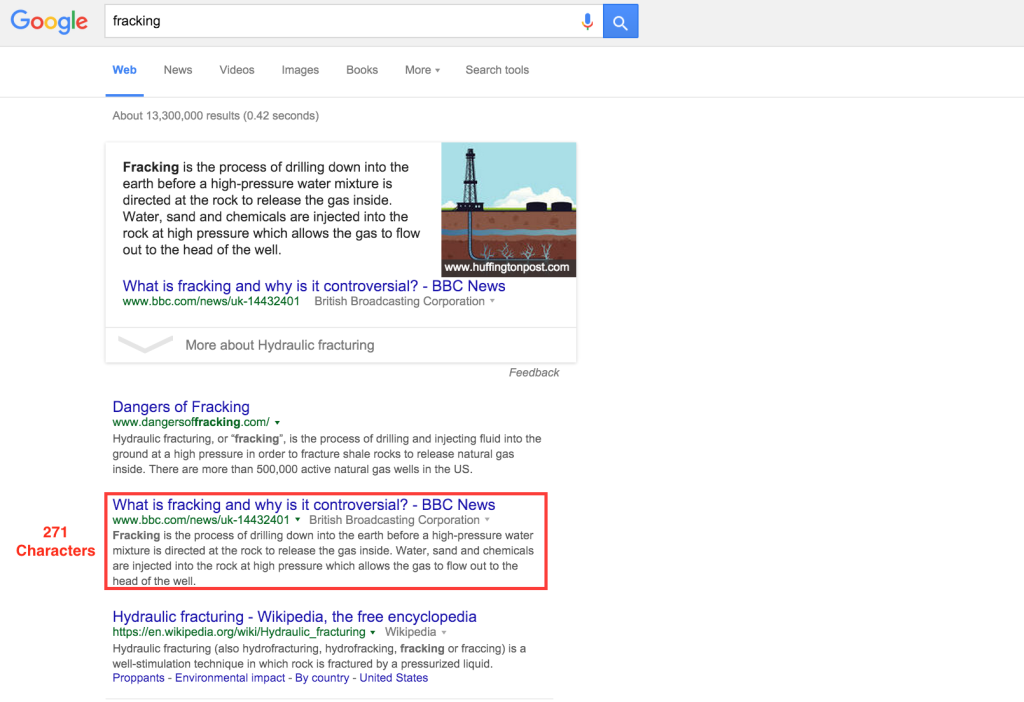 What does it mean for SEO?

Meta descriptions have long been cast aside in the world of SEO. Deemed as merely a last ditch effort to garner clicks on SERPs. And, as such they are often overlooked until the last minute.

While we can’t be certain that these auto-generated meta descriptions have any significant impact on rankings, there is something to be said about this modification to the search engines results page.

After all, Google’s primary objective is and always has been to provide users with valuable information relevant to their search. So, could Google be opting to fill in the blank simply because SEO’s aren’t taking the time to create engaging and informative enough meta descriptions? Or because they are simply ignoring them altogether?

One thing is for certain, meta descriptions have a place in SEO even if they don’t directly influence rankings.

Though obviously not on the same level as the Panda Algorithm update, this finding sheds more light on the importance of content in today’s SEO. Not surprisingly, each and every one of the sites that carried the unusually long meta descriptions contained extensive and well developed content. After all, Google can’t pull this information out of thin air.

I still believe however, that creating your own meta descriptions from scratch is in most cases the best route to take. This is because tailoring your meta descriptions and essentially your marketing message to your exact specifications holds an obvious advantage for SEO.

Your homepage, services pages, etc. should all have meta descriptions that are carefully crafted as a means to entice users and to increase your click thru rate.

However this finding has led me to believe that there are some instances where an exception can and should be made.

The extended meta descriptions not only increase your real estate on the SERPs but they also allow for the opportunity to provide users with more valuable information regarding your site.

This leads me to believe that blogs, white papers, etc. allow for a generally favorable opportunity to allow Google to pull from the unique and well developed content to craft a potentially longer and better meta description for you.

Assuming that you have your target keyword in the early goings of the pages content, I see no disadvantage to letting Google take the wheel and gambling for a larger snippet on the SERPs.